I feel ready to take on the professional world 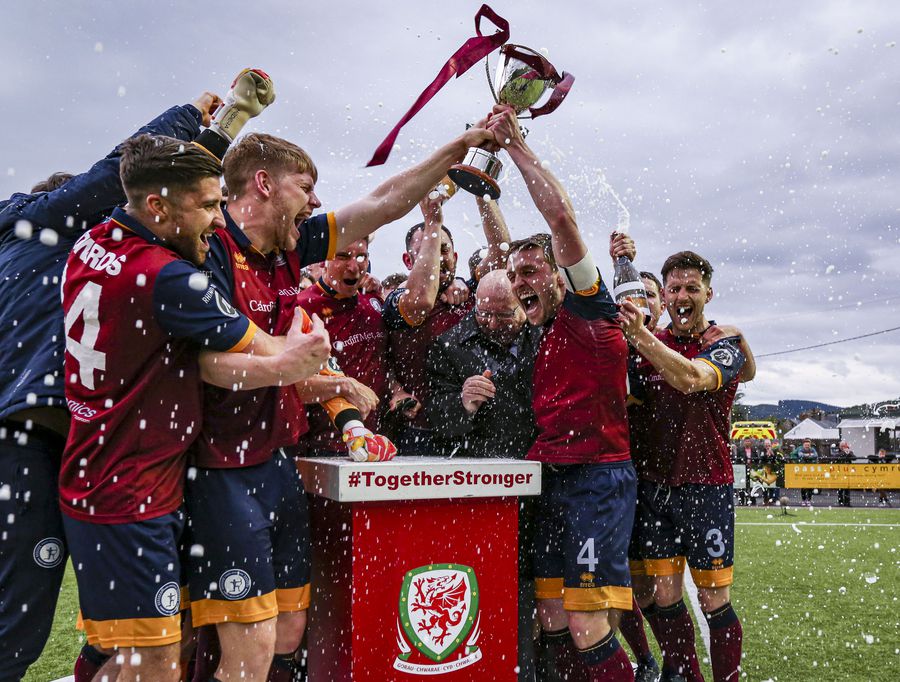 BA (Hons) Photojournalism student Matthew Lofthouse speaks about the work that landed him a finalist nomination in the Welsh Media Awards 2020, for Photographer of the Year:

“This category required the submission of work shot in Wales, for a Welsh audience. My friends at Y Clwb Pel-Droed (YCPD) suggested I submit photos from the day a university team qualified for the Europa League, so I did. This football moment was unique and popular with fans around the world.

The team worked their way up the Welsh football league, to the top division. Last season they reached the Europa League via a play-off match at Bala Town FC. I went along as photographer for YCPD, with colleague Jordan Jones.

The match went to penalties. So, I used my initiative, positioning myself on the side of the pitch, in line with the penalty spot. I got clear shots of the fans behind the goal, the goalkeeper, the penalty taker, and the players waiting their turn.

Will Fuller saved a penalty, and I caught him mid-air! Then I captured Eliot Evans running to the fans to celebrate the victory after scoring the winning penalty. I shot the footballers, coaches and fans celebrating. I noticed Fuller, was crying, being proud of this achievement. I knew, “that’s the photograph to tell this story”. So, I took shots of him with teammate Joel Edwards, consoling him. Then I got the ‘classic’ champagne photo, before a full squad one. The day ended with a strong match report by Jordan, with my photos.

Using photography, I recorded a moment that would go down in football history. That's what I set out to do starting uni. In the days following, I received emails and messages from newspapers, football websites, and blogs from around the world! I was astounded.

When I received the email to say I was a finalist, for the Photographer of the Year Award, I was gobsmacked! I can't imagine I would have achieved this elsewhere. Thanks to the photojournalism degree at USW, I feel ready to take on the professional world.”