A Pencil Award was presented to Kate Middleton, a USW BA (Hons) Graphic Communication graduate, at the D&AD New Blood Awards2019, at The Oval Space, London. 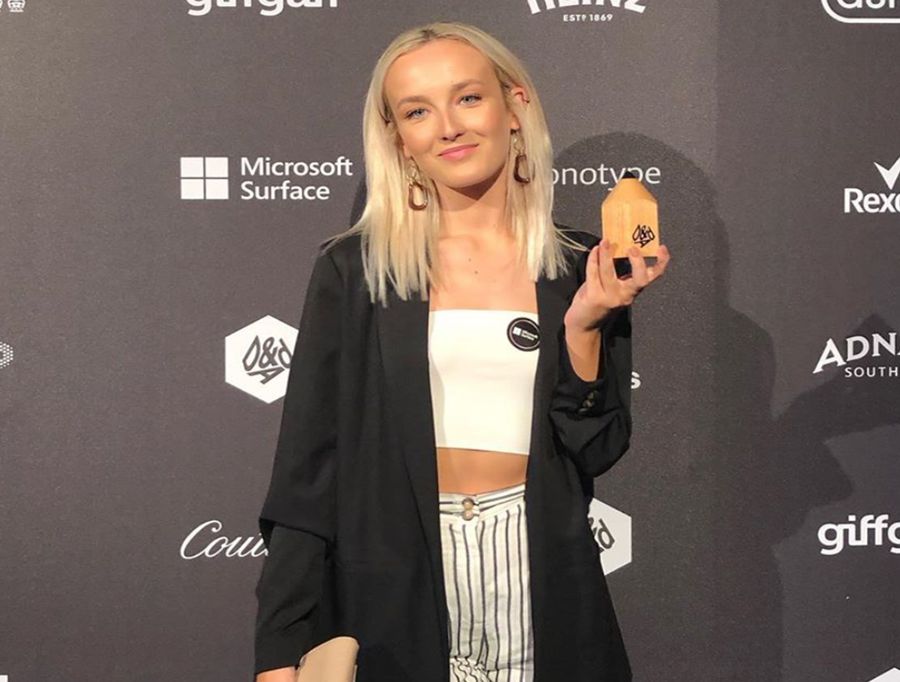 A Pencil Award was presented to Kate Middleton, a USW BA (Hons) Graphic Communication graduate, at the D&AD New Blood Awards2019, at The Oval Space, London.

“Being awarded the prize was surreal. We were told when given the briefs that winning a D&AD Pencil is extremely difficult. When I found out I’d won, I was overwhelmed by messages from lecturers and friends. When I went to the awards ceremony, after my name was called, and I'd collected my pencil, only then did winning feel real.”

‘Pencils’ are prestigious in the design and advertising world. The New Blood Awards are specifically for university students around the world. So, winning the competition presents a wealth of opportunities for young creatives.

I submitted my competition entry for my final year module. Partnered with a huge company/brand, D&AD supplies briefs for you to choose from. I selected a Microsoft one, as it asked for entrants to, "expose and educate the Microsoft Surface, to fulfil its mission of helping everyone to harness their creative superpower.”

My submission was an advertising campaign for Microsoft Surface called “Touch the Surface”. It was based on the definition of this common phrase, “Barely begin, to do a fraction of what is possible.”

The idea was to encourage young people to make their first interaction with Microsoft Surface, to be experimental, empowering the new generation with the tool for achieving more. I promoted its power and originality through the element of touch, expressing its allowance for endless creativity.

I submitted images of prototypes to showcase the vision to Microsoft. Placed on different surfaces in Cardiff, the prototypes included giant screens mirroring the surface behind them. To the eye, it would look like there was nothing. However, the message on the screens “touch the surface” would encourage passers-by to touch them.

The screen would then become interactive, starting to move or change, creating exciting visuals. People can take photographs of the visuals, and post on social media, using the hashtag #touchthesurface, generating brand awareness."