Tanya overcomes health issues, a flood, and the impact of COVID 19, to graduate with a First Class Honours 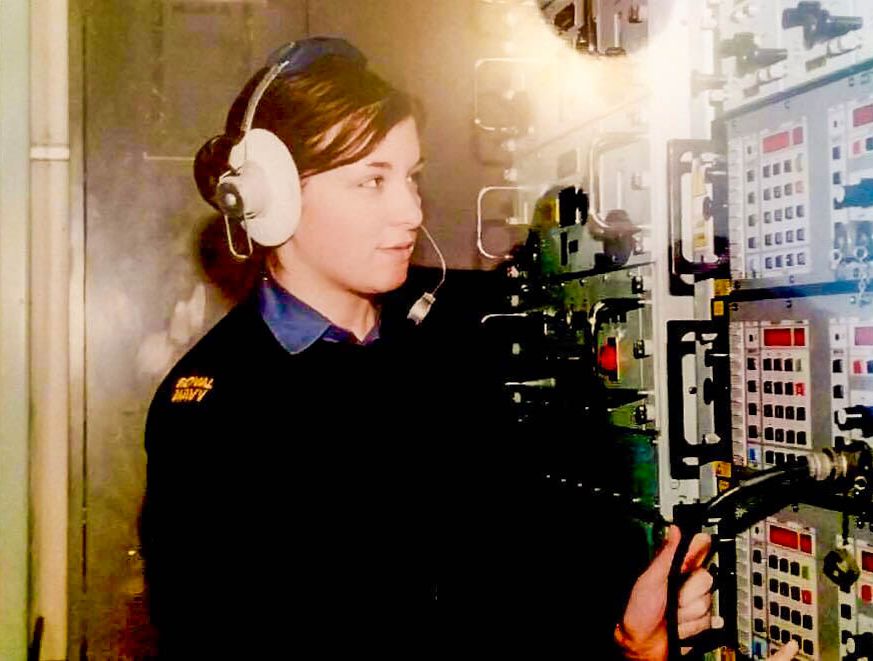 Tanya Thompson was affected by a neurological condition, a severe flood at home and multiple fertility complications during her course, not to mention the impact of the coronavirus pandemic.

She battled through these difficulties to achieve a first-class honours degree in human resource management, through our Armed Forces Enhanced Learning Credits scheme. Tanya will be returning in September to study her masters.

"My time at university was a complete whirlwind, filled with many challenges. At the end of year one, in the summer break, I became unwell and started to lose my full vision, around seven times a day. After many tests, I was diagnosed with a rare neurological condition that consists of having too much pressure on the brain and optic nerves. Thankfully, my neurologist team managed to get my condition under control and, two years later, I have full vision again. At the end of year two, my home was severely damaged by a flood, and we lost 90 per cent of everything we owned. In the final year, I suffered multiple fertility complications, and then COVID-19 hit the UK.

It often felt like I could have written a book on the amount of bad luck I had, during my studies. More times than not, I wanted to give up. However, with support from family, friends, university, especially my course leader who reminded me weekly I could do it, I powered through. I achieved a first-class honours degree, but even if I’d received a lower final grade, I still would have been so proud of what I’d overcome, during my studies.

My role in the armed forces was an operator mechanic in communications (1st Class) in the Royal Navy. I’ve always wanted to help people for as long as I can remember and I believe everyone should be treated fairly and be happy in their organisations, which is why HRM was a great choice. I applied to USW through the armed forces enhanced learning credits scheme. I then met with Dr Ross Hall and, we discussed the prospect of me going to university before he put me in touch with Kevin Brown, the Course Leader for BA (Hons) Human Resource Management. They helped me to confirm my decision, that it was what I wanted to do.

My experience in the armed forces helped me with my studies. I could often apply my knowledge to my modules, especially in HR. I also entered a competition for Cardiff Business Club/USW, it was for an armed forces bursaries award, I got to tell my story, of my life in the armed forces and my transition to USW. I won the competition, and it was such an uplifting recognition to receive.

My greatest achievement has been receiving first-class honours in BA (Hons) Human Resource Management. It was probably one of the hardest things I’ve done. Being a mature student, it had been over a decade since I’d been in a classroom when starting the course. At first, for every assignment, I would feel anxious and doubt my abilities. Adjusting to the environment and completing the course has now given me the confidence to enter the business industry, with the knowledge I’ve gained."