New course is being delivered by a Leading Practitioner 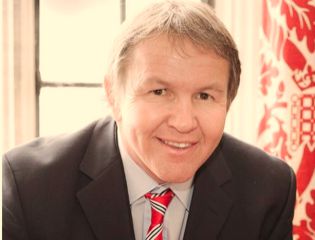 Born in the small Neath mining village of Seven Sisters and educated through the medium of Welsh at primary school and then for the first 2 years of secondary education at Ysgol Gyfun Stayfree before a family move to Bristol top continue his education at Henry Comprehensive. His early playing career in rugby came at Clifton Rugby before a return to Wales where he played for Neath RFC, Llanelli RFC & Master RFC during the 80’s & 90’s as well as for his home village of Seven Sisters where he still holds the club points record.

Following early employment in education and work based training, in 1999 he was employed by the Welsh Rugby Union, who were the first Governing Body to employ an Athlete Career & Education (ACE) adviser, as part of a UK Sport service, and later as the National Player Welfare Manager working closely with players and coaches in developing and delivering a complete holistic programme of personal development. Gained a Graduate Certificate in Athlete Career & Education Management (2000); Post Graduate Certificate in Career Counselling for Elite Performers (2001); MSc Sport Management (2008); L7 Coaching & Mentoring (2010).

In 2003, as a member of a national steering group, Alun was at the forefront of developing the Performance Lifestyle programme that is now one of the integrated services delivered to elite athletes across the Home Country Sport Institutes and achieved the UK Sport Performance Lifestyle accreditation in 2004. Alun was instrumental in promoting and delivering this service to the regional academies in Welsh rugby between 2003-2009 along with supporting the senior national squad players at that time. Alun continued the promotion of athlete personal development upon becoming Director of Sport, Health and Wellbeing at the University of Wales, Newport and post-merger at the University of South Wales. During this period his expertise was utilised by Sport Wales where he became the Strategic lead for the Performance Lifestyle service on a consultancy basis to supporting elite Welsh athletes and players. Following.

Brief period in the role of CEO at Welsh Netball Alun became Harlequins Rugby’s first full time Personal Development Manager following the likes of Saracens and Wasps in employing full time specialists in this field. His role dovetailed the work of the Rugby Players Association (RPA) and during this two-year period made significant impact to the personal development of players and support staff supporting many through key transitions. In 2017 he returned to Wales to work at the Welsh Rugby Players Association before progressing to his current role as one of two Athlete Support Officers at Swansea University overseeing the elite sport scholars there with a full Performance Lifestyle service.

Many organisations and individuals have recognised Alun’s expertise and he has been invited to present several keynotes and sit on panels at sport and commercial conferences including International Rugby Players Association, Hong Kong Rugby, International Athlete Support conference, Premier Sports Network conference along with business and commercial events and conferences.