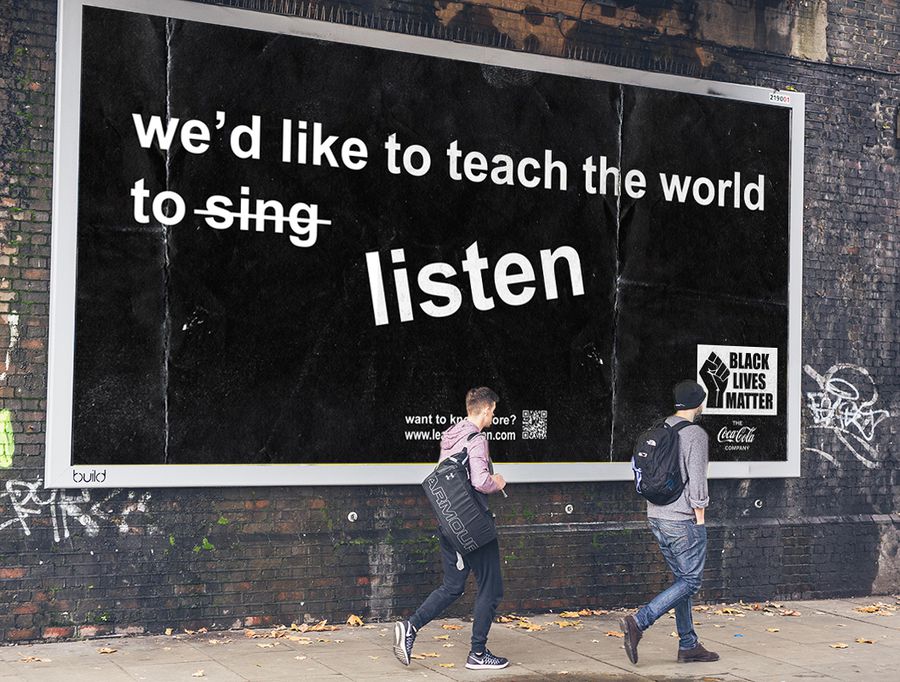 Professional musician Jeff chose to use Coca Cola’s strong musician heritage as an anchor point for his final year project. He focuses on the brand’s commitment to the Black Lives Matter movement. Here he talks about his work.

What was the concept for your work?

My final year project was based around Coca Cola and its commitment to the Black Lives Matter Movement.

As I’ve been a professional musician for many years, I wanted to use Coca Cola's strong musical heritage as an anchor point for the campaign.

The concept of the work was to illustrate the genealogy of modern music and emphasise, by association, the pivotal and crucial part that music of a black origin played on contemporary genres of music. Such as thrash metal, No Robert Johnson, No Metallica.

The intention is to provoke a positive and affirming connotation and to start meaningful conversations and discussions.

Where did your inspiration come from?

I’ve always been interested in the origins and history of music. For many people, music has a leading influence on their lives. To me, this seemed like a powerful but logical way to approach the brief.

What have you loved most about working on this piece of work?

Being able to combine my two biggest life passions - music and creative visuals. Plus, it was a great learning experience for me too.