Life in a nineteenth-century slum 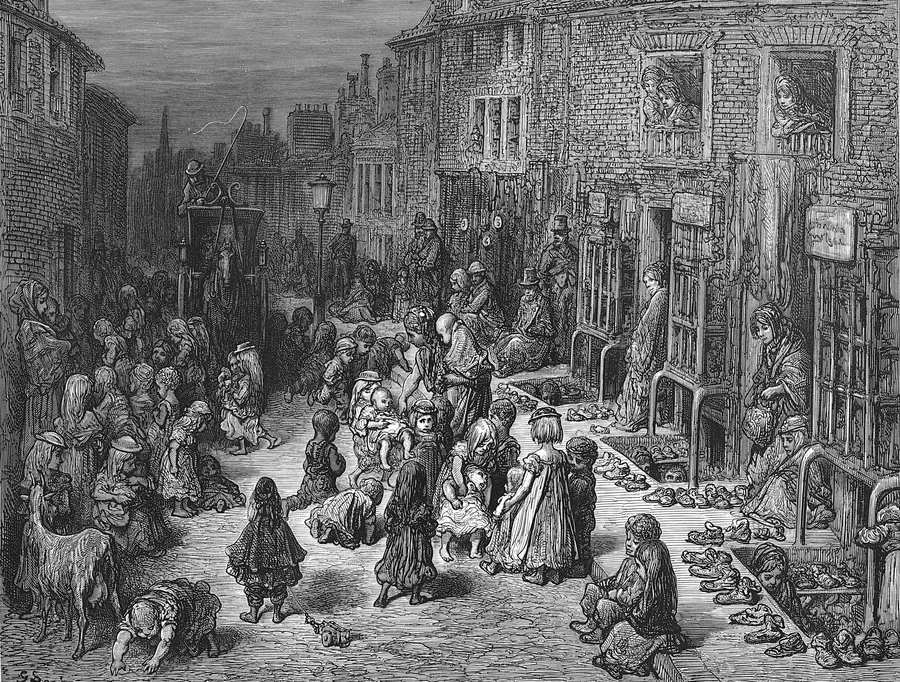 Are you interested in 'Jack the Ripper’ murders? Ever wondered what life was like in a nineteenth-century slum?

Why did so many late Victorians write letters to Sherlock Holmes asking the fictional consulting detective for his help? Intrigued by the idea of a professional ‘criminal class’ at work in the great Victorian cities?

Interested in learning why ‘civilized’ Victorians abolished public hangings in the 1860s, yet kept on hanging criminals behind closed doors?

If so, ‘Crime, Vice and “Lowlife” in the Nineteenth Century’ might be for you. It was a century of significant changes in attitudes towards all sorts of crime and criminals. Wife-murderers were seen as much more of a problem at the end of the century than at the start. On the other hand, female murderers were much less likely to be executed by the 1890s than they were in the 1810s.

Meanwhile, knife attacks were seen as much worse if committed by English men than, say, Italians. Why? This module explores these, and a whole host of other, interesting questions. It is suitable for you whether or not you’ve studied History before.

We always recommend that students read widely around their subject, deepening their knowledge and understanding, and some suggested reading is listed below:

Jeffrey Weeks, Sex, Politics and Society: the Regulation of Sexuality Since 1800 (Longman, London, 1981).