Film paves the way for women’s football in Africa 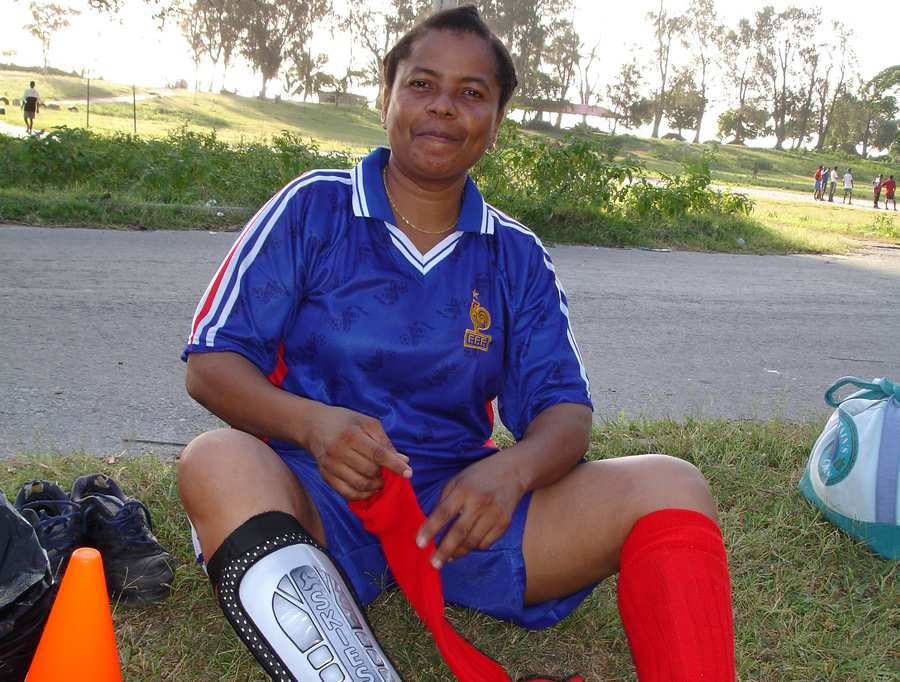 Zanzibar Soccer Queens (2007) and its Impact on Civil Society and Cultural Life in Africa and Europe.

A documentary film on the lives of an all-female Muslim football team in Zanzibar has helped to improve respect and understanding, encouraged more women to get involved in sport and has been used to tackle racism in football and raise awareness of HIV and Aids.

The University of South Wales research by Florence Ayisi, Professor of International Documentary Film, used ‘first person’ documentary film practices and focused on members of the ‘Women Fighters’ football team, raising important questions about the role and status of Muslim women in Africa.

The resulting impact film, Zanzibar Soccer Dreams by Florence Ayisi and Catalin Brylla shows societal acceptance of women’s football and the team has gone from being marginalised as ‘soccer hooligans’ to becoming valued ambassadors for Zanzibar.

"Now when a woman plays football her parents are happy. They want girls to play football. We have come far and we are now moving on to another era," says Khatima, a player in the Women Fighters team.

The film has been shown in numerous film festivals across Europe, Africa, North America and Asia, and led to an increase in the numbers of women and girls in Zanzibar wanting to play football, even prompting a change of policy by the Zanzibar Government to allow Muslim girls to play football in schools as part of sports education.