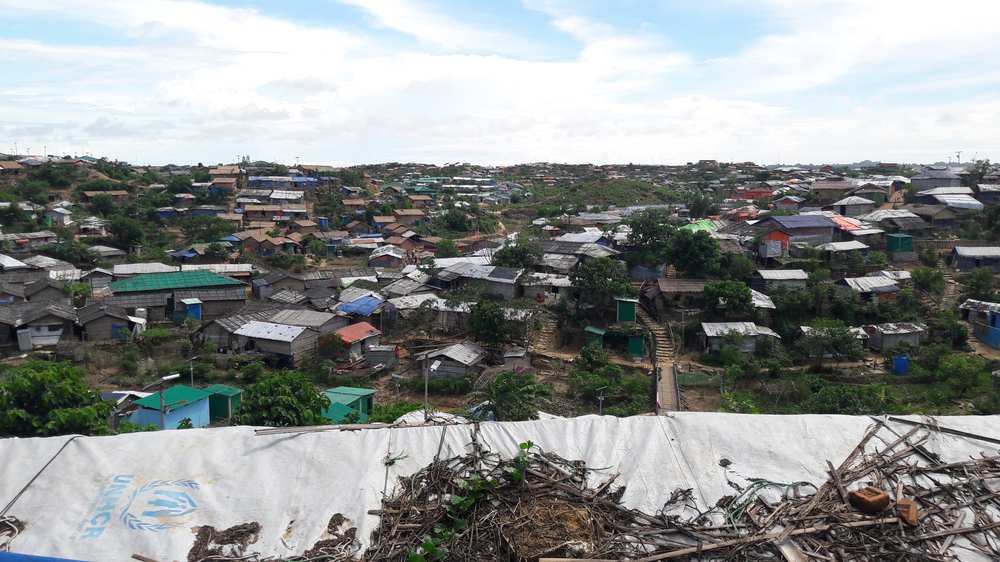 A Rohingya refugee camp in Bangladesh, 2019

Dr Palash Kamruzzaman, Professor Kate Williams and Professor Ali Wardak are leading a multi-country research project, funded by the British Academy, to explore the loss of dignity among two of the most vulnerable groups of the world - the forcibly displaced Rohingyas living in Bangladesh and internally displaced persons (IDPs) in Afghanistan.

"The Rohingyas in Bangladesh and IDPs in Afghanistan constitute two of the largest displaced populations in the world. There are almost one million Rohingyas living in Bangladeshi camps and almost three million IDPs in Afghanistan," said Dr Palash Kamruzzaman, principal investigator, who has research expertise in international development, aid and policy-making, as well as global poverty.

"Existing approaches to dignity ignore the experience and perception of dignity (and loss of it) from the perspective of victim groups."

"Many traditional approaches impose the view and perspective of the powerful over the experience of the vulnerable, denying their voice and negating them any power or control. This study adopts a bottom-up approach in understanding and revisiting existing conceptualisations of dignity through the lens of affected, vulnerable and victimised people: Rohingyas in Bangladesh and IDPs in Afghanistan."

Sustainable governance and sustainable human development are at the core of this project which focuses on understanding displaced peoples: the impetus for their movement and its effects on their lives.

The research team seeks to discover what realistic changes will make a positive difference to displaced peoples’ leading safe and peaceful lives where they are treated with dignity, justice and equality and allowed and supported to move out of poverty and re-build (or build new) healthy lives and communities.

In-depth interviews, observations and surveys were conducted in Kutupalong refugee camps in Ukhia, Bangladesh. In Afghanistan, the research team collected data from displaced people living in eight provinces. They also interviewed humanitarian actors and high-level government officials working in each of the countries.

"I am driven by the idea that we in academia should build and contribute to the knowledge that aims to promote social justice, especially for the poor, vulnerable, and victimised groups," said Dr Kamruzzaman.

"Not only have these people have gone through unspeakable violence and oppression, their voices are often not heard and not represented through rigorous research," said Dr Kamruzzaman.

The team's aim is to fill this gap so that policy as well as political solutions at the national, regional, and global levels are made based on strong research evidence.

The researchers hope that the study will inform national, regional and international policymakers, allowing them to become conscious of dignity from the perspective of the displaced people.

"We hope that our research findings will have positive impact on these and other displaced and refugee groups in the world," Dr Kamruzzaman concluded.

Rohingyan_mother showing picture of son, who is in a Myanmar prison