Work by Professor Chris Evans on the suppressed history of Wales and Atlantic slavery is affecting the ways in which public bodies and creative artists handle a difficult, contested past.

Evans has expertise in the relationship between Atlantic slavery and industrial development in Europe, with a particular focus on Welsh industry. His book Slave Wales: The Welsh and Atlantic Slavery, 1660-1850 (2010) revealed for the first time the significance of Welsh woollens in the slave Atlantic between the 1680s and the 1840s.

Using material in British and US archives, Evans was able to demonstrate how Welsh fabric was traded for captives on the Guinea coast, and sold in large volumes to planters in the Caribbean and North America. Marketed as “Negro Cloth”, Welsh woollens were used to clothe enslaved workers.

Slave Wales was the inspiration for a community research project, From Sheep to Sugar: Welsh Wool and Slavery, supported by the National Heritage Lottery Fund. Based in North and Mid-Wales, the heartland of “Negro Cloth” production, the project was directed by Learning Links International CIC, a social enterprise specialising in educational initiatives linking Wales to the Caribbean and Africa. The project has been recognised as an exemplary response to the Well-Being of Future Generations Act by the Learned Society of Wales in its 2020 report Wales Studies: Research about Wales, for Wales and the World.

Inspired by the project, award-winning Welsh-language writer Angharad Tomos wrote a young adult novel, Y Castell Siwgar [The Sugar Castle] (2020), which explores the links between Wales and Jamaica through its two teenage protagonists, one free and one enslaved.

One textile artist, Jennifer Hodgeman, having read Evans’s Slave Wales, designed a textile installation, “Sugar(sic)k”, which was exhibited at The Weir Garden, a National Trust property in Herefordshire that attracts 35,000 visitors annually, in 2019. 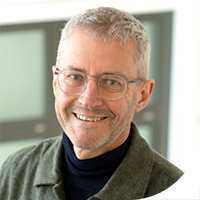