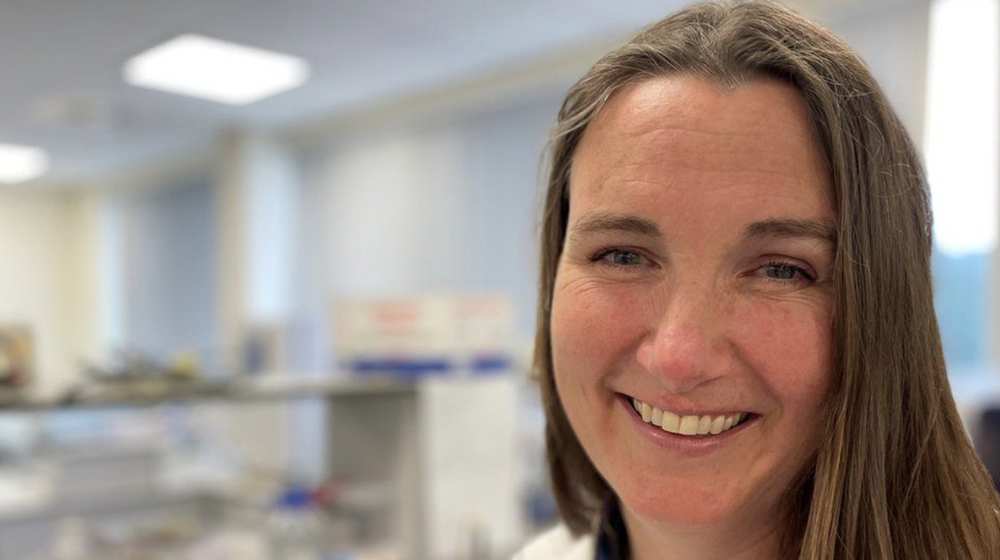 A scientist at the University of South Wales (USW) who helped to make a rapid test for Covid-19 has received £50,000 in funding to further develop the same technology to better diagnose one of the world’s most common infections.

Dr Emma Hayhurst, a Senior Lecturer in Molecular Biology in USW’s School of Applied Sciences, has received the funding from Innovate UK’s Women in Innovation Awards to help with additional development of a rapid test which will speed up the diagnosis of urinary tract infections (UTIs).

Dr Hayhurst was one of the founders of USW spin-out company Llusern Scientific - alongside USW research colleagues Dr Jeroen Nieuwland and Dr Ali Roula. The team, who had already been researching the use of LAMP testing to detect UTIs, was able to apply their research for use as a speedy Covid-19 diagnosis device within weeks of the pandemic starting. It uses a simple nasal swab to test a patient for Covid, and is able to work without the need for laboratory processing.

Having been given the Women in Innovation Awards funding, Dr Hayhurst will be using it to focus on improving the diagnosis of UTIs.

More than 90% of UTI sufferers are women

“UTIs are the most common infection globally - more than 90% of sufferers are women - and the risk of suffering from UTI increases with age,” Dr Hayhurst said.

“Even an ‘uncomplicated’ UTI can cause severe pain and discomfort, and UTIs can also be fatal if not properly diagnosed and treated. More than 5,000 people die from a UTI every year in England and Wales.

“Because UTI diagnosis has been overlooked for so long, treatments are often given on the basis of vague or inaccurate diagnostic tools, which means that many of the millions and millions of antibiotics prescribed to treat UTIs are unnecessary or inappropriate. This contributes to the spread of antibiotic resistance.

“The Llusern test would quickly detect which bacteria is causing a UTI, allowing better treatment decisions to be made.  It is portable, affordable, gives a result in 30 minutes and easy to use – users would need less than one hour’s training to be able to carry out a diagnostic test, which would give a simple positive or negative result.”

"Our UTI test has the potential to be transformative for UTI diagnosis – reducing the associated illnesses and deaths and resulting in more tailored, appropriate antibiotic prescriptions."

The funding from the Women in Innovation Awards will also allow Dr Hayhurst to further pursue her ambition of increasing female representation within the STEM (Science, Technology, Engineering and Maths) disciplines, and address health inequalities.

“I have worked on equality, diversity, and inclusion issues in STEM for many years and would love the opportunity to become a role model for innovation,” Dr Hayhurst said.

“I firmly believe that the more diversity we have in our workforce, the more innovative solutions we will come up with, and the better chance we all have of building a sustainable future.

“The further development of the LAMP test will strengthen Llusern’s core purpose, which is to address inequalities in healthcare by overcoming barriers to accurate diagnostics and giving everyone the chance to be diagnosed properly at point-of-care.”

Dr Hayhurst’s funding is from Innovate UK, a part of UK Research and Innovation, which has provided 40 Women in Innovation Awards to female entrepreneurs across the UK. The awards are now in their fourth year and are open to female founders, co-founders or senior decision-makers working in businesses that have been operating for at least a year.