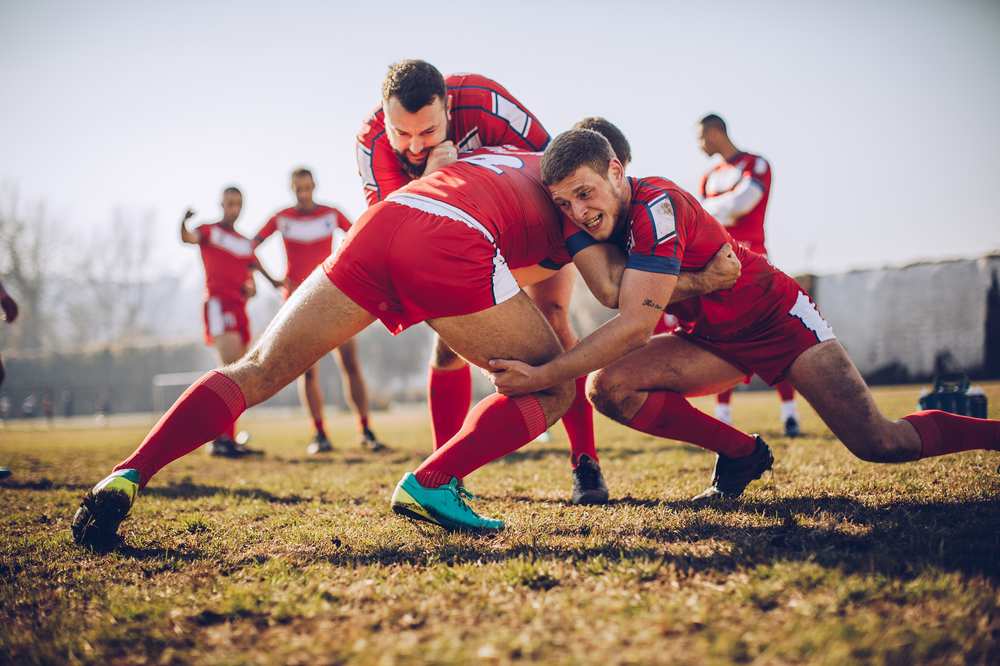 Researchers at the University of South Wales (USW) have found that professional rugby union players can experience a reduction in blood flow to the brain and cognitive function over the course of a season.

The findings, due to be published in the Journal of Experimental Physiology tomorrow (Wednesday 1 September), followed a professional rugby team during a season.

The research team at USW’s Neurovascular Research Laboratory looked at the effects on the brain function and cognitive ability of the rugby players, which included the ability to reason, remember, carry out mental tasks and formulate ideas. All players that took part in the study saw a decline in brain function when comparing pre and post-season results.

They found that cognition decreased across the season in both forwards and backs, although there was a greater degree of impairment seen in the forwards than in the backs players. The study also found that concussion incidence also appeared to be three times greater in the forwards compared to the backs.

Previous research in rugby union has predominantly focused on concussion incidence, but the physiological toll of repetitive contact on the field has not been investigated to date.

This new study aims to address these gaps by highlighting the physiological ‘signatures’ of professional rugby players who are exposed to repetitive contact sustained on the field. This research can lead to improved treatment to mitigate the impacts and make the sport safer for these players’ brains.

This research suggests that the decline in blood flow regulation was related to an increased formation of invisible molecules called free radicals that circulate in the bloodstream. In excess, they prevent blood vessels from opening up as they should to get oxygen and glucose to the brain due to a shortage of nitric oxide, a vasodilator.

Previous research has linked concussion in rugby with neurodegenerative diseases in later life.

This new study is the first to highlight that repetitive contact sustained through participation in rugby union causes subtle, yet important alterations in a player’s ability to regulate blood flow to the brain, over a single season. This may potentially pave the way for neurodegenerative diseases in later life.

The researchers collected data before, during and after a season that comprised 31 games.

Before the season began, they created a profile for each player based on data including molecular (blood-borne), cerebrovascular (blood flow regulation to the brain) and cognitive (memory, attention, concentration) metrics.

The research was performed on 21 players (13 forwards and 8 backs). Future research is encouraged to confirm these findings on a larger scale.

Professor Damian Bailey, one of the authors of the study, said: “We hope that this study will encourage more rugby teams to engage in larger scale studies of this nature to determine the life-long implications associated with recurrent contact and concussion in rugby, including the potential links to neurodegeneration in later life. Our ultimate goal is to make the sport safer for the players, to maximise the benefits of ‘brain-train’ through exercise, and minimise the’ brain-drain’ through contact.”

Tom Owens, a co-author of the study, said: “Sports-related concussion is a significant and growing public health concern yet one of the least understood injuries facing the sports community. Our latest research looks at what impact contact can have on rugby union players and whether that could be further linked to the positions of players and the number of concussive events that they experience during a season.

“We believe that these effects could be cumulative and more research is required into that.”