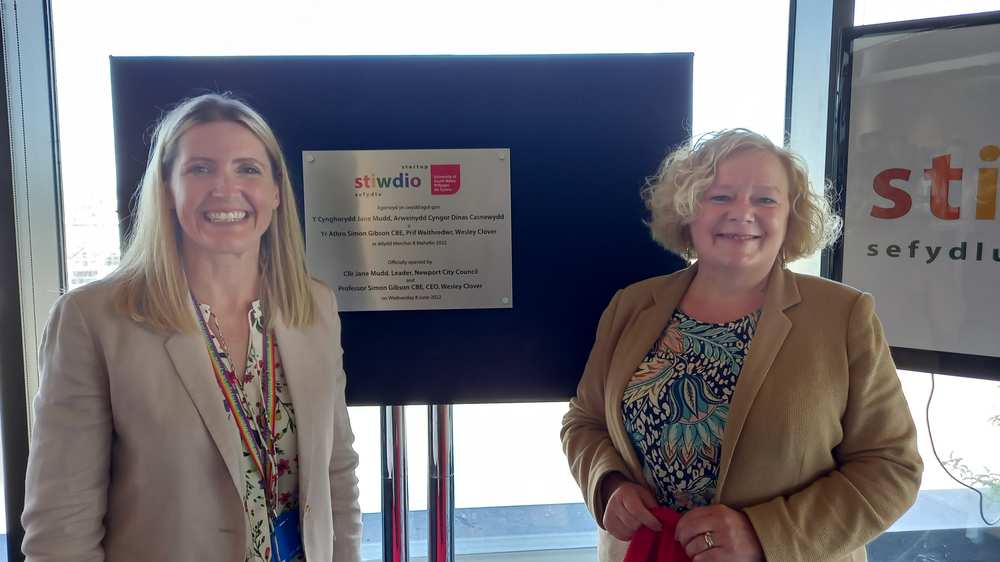 The University of South Wales (USW) has opened its second graduate incubator at its campus in Newport to help create new businesses in the city.

The Startup Stiwdio will offer space to USW graduates who are starting their own businesses and provides a range of support services, including business advice, assistance with intellectual property, and access to specialist help in a range of areas.

It will also provide a bespoke start-up business support programme, a great space to work, and the opportunity for new firms to grow their business contacts through access to various networks and events.

The University has already established one Stiwdio on its Cardiff campus - which specialises in supporting creative graduates - and another will be opened at USW Treforest Campus later this summer to support those students in science and engineering who want to start a business. To date, USW Startup Stiwdio has supported 65 graduate entrepreneurs

Three start-up businesses are already based at the Newport Stiwdio - NDT South Wales, which is a non-destructive testing engineering company; C Bloc Productions, which specialised in music videos; and Talking Reality, which makes wellbeing-focused podcasts.

The incubator programme is the brainchild of Professor Dylan Jones-Evans, Assistant Pro Vice-Chancellor for Enterprise at USW, who believes the Startup Stiwdio will play an important role in the future of the city.

“Newport is a great city with enormous potential for the future and it is critical that we get more young people to consider becoming their own boss and to start innovative new firms to create jobs and support the local economy.

“The Startup Stiwdio can act as a catalyst and a conduit for increasing entrepreneurial activity in Newport and, in doing so, become an important part of the community.

“It will also complement recent developments such as the refurbishment of Newport market and the activities emerging from the Alacrity Foundation.”

Opening the Stiwdio, Councillor Jane Mudd, leader of Newport City Council, said the facility will give graduates the opportunity to showcase the skills they have gained while studying at USW.

“We spend a lot of time talking about graduate attributes, and this is a realisation of that because it provides that opportunity for graduates to really demonstrate those skills,” Councillor Mudd said.

“There’s entrepreneurialism and creativity, innovation and resourcefulness, and it gives a real platform for them to really launch their careers. And I'm so proud that we've got this Startup Stwidio here in Newport, it means a lot to us to have this facility.”

Councillor Mudd also highlighted the strong impact the Stiwdio will have on the city.

“This really captures the entrepreneurial spirit that we have here in Newport. We've got a really, really, strong creative and innovative community - you see it in the businesses that have started up across a range of sectors.

“But what you also see is those businesses going on to employ people, more graduates, more local people as well. The growth really is tremendous.”

New kids on the bloc give Stiwdio the thumbs up

Two new graduates from Gwent are among the first to benefit from working out of Startup Stiwdio at USW’s Newport Campus. 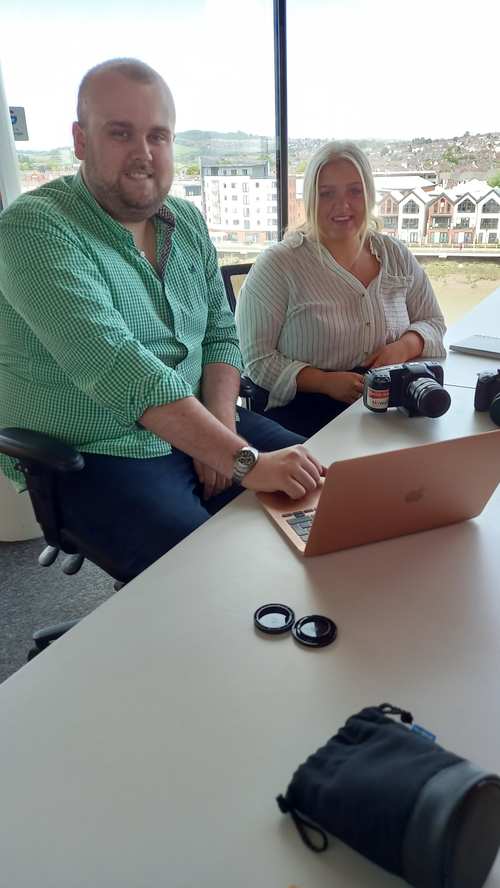 Will Langley, 23, from Newport, and Alicia Jones, 22, from New Tredegar, are the brains behind c-bloc Productions, which they describe as a company which ‘provides and produces audio and visual content beyond the industry standard’. The name of the company stemmed from their different student accommodation, which Will said ‘always seems to have a C in it’.

The business partners both have Masters degrees in Music Engineering and Production from the University of South Wales (USW), where they completed undergraduate degrees in music technology after doing a foundation degree in music production at Crosskeys College.

Despite having only established c-bloc earlier this year - they only finished their studies in January - Alicia and Will already have a number of successes to their name, and are all set up to take the sector by storm after first proving their skills to their peers.

“We always wanted to start a business for ourselves and trying out our ideas during our third year in uni,” Will said.

“We hosted open mic nights at our accommodation, just for fun really, recorded them and made films for our YouTube channel, and also put them on Instagram and TikTok. The feedback was really good, so we thought we’d give it a go.”

Having already made an online impact with the creative skills, Alicia and Will decided to take the next step and looked at ways to get their productions to a wider audience.

“We initially made what they called ‘One Take’ content, a filmed live session where an artist performs four songs and it's all captured in, as the name suggests, one single take,” Will added.

“Although it has been a loss leader for us - we don’t charge for it as it’s promoted on our own social media platforms - it’s been the perfect advertisement for us, and every single artist that we've shot a ‘One Take’ session for we have worked for since for paid work.”

This initial success has already led to further opportunities, with c-bloc Productions getting a prime spot at the opening of the new Swansea arena.

“We were able to do a highlight reel for the artists that were performing - we shot for a the headline  act Trampolene and support act called The Now,” Alicia explained

“We shot everything from the gig, we did a three-camera set-up and also took some photos of them. It was fantastic.”

With the business booming, Alicia and Will are delighted to have a space within Newport’s Startup Stwidio, and are thankful for the help that USW has been able to offer them.

‘It's just been great so far,” Alicia said. “We can loan equipment from the other USW sites, which is obviously really useful when you have a new business and are always looking at managing costs.

“Also, because we don’t live close to each other, we would struggle to meet up if we didn’t have this office space – it’s been great for that, and offers us the chance to get together, be creative, and work on developing the next steps for the business.”