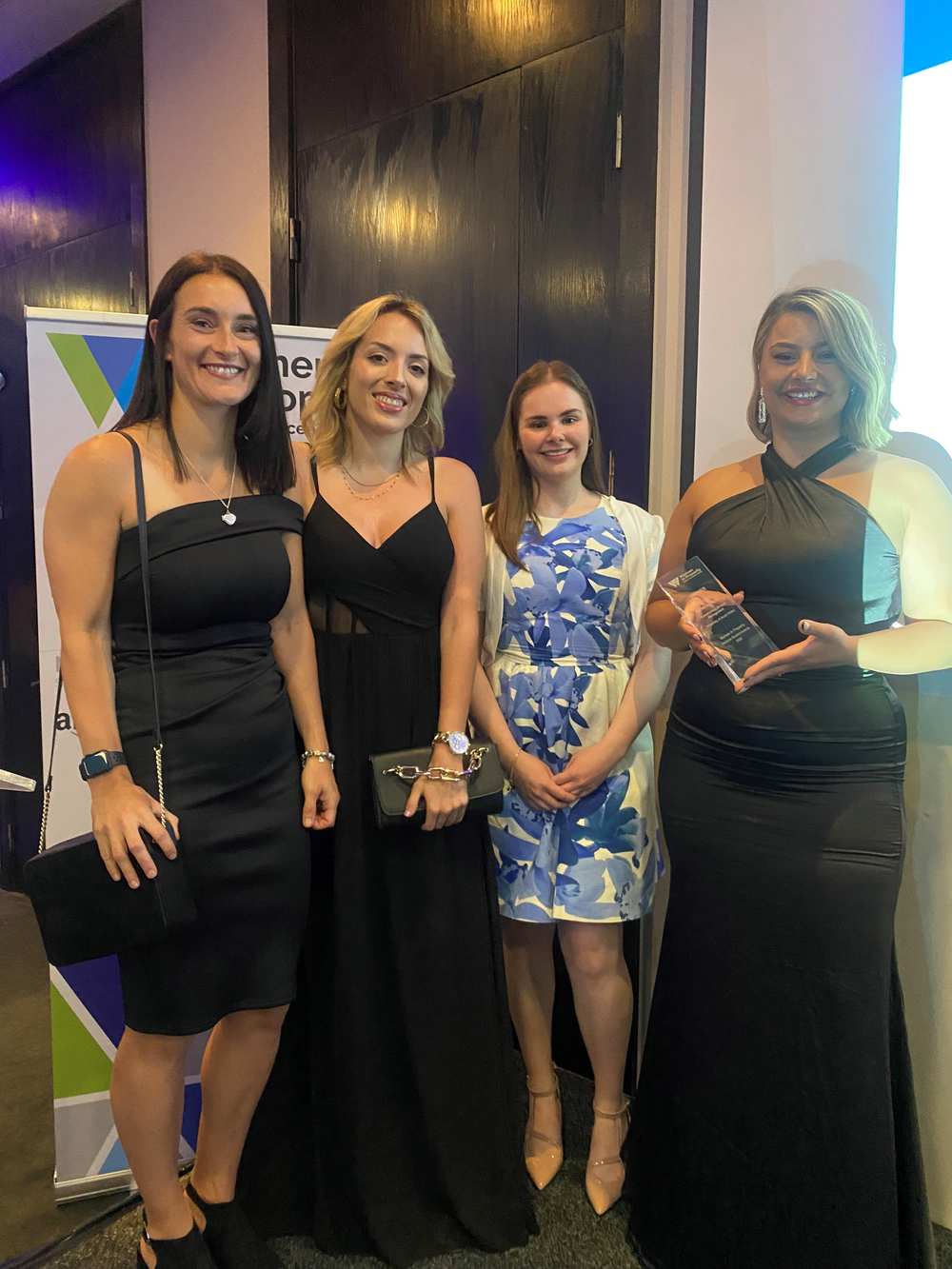 Kathryn Stuckey is hoping her nomination in the Association of Women in Property (WiP) National Student Awards 2022 will help to motivate more women to go into the sector.

About to start her penultimate year as a Construction Project Management part-time undergraduate at the University of South Wales (USW), the 26-year-old from Swansea, who now lives close to the University’s Treforest Campus, wants her efforts to be an inspiration for other women.

Kathryn was last week one of the 14 national finalists in the National Student Awards 2022 after winning the South Wales regional heat of the competition earlier this year. She was one of four students from USW’s Faculty of Computing, Engineering and Science who were regional finalists, they also included Natasha Matthews, who is studying Quantity Surveying and Commercial Management; Kalliopi Theodosouli, who is on the BSc Civil Engineering course; and Abigail Barnes, who is a BEng Civil Engineering undergraduate.

Kathryn’s route to the competition finals has been anything but straightforward.

Having initially started a civil engineering degree course with USW’s Network 75 – which offers a combined work placement and part-time study route to a degree – she found that career wasn’t for her.

While then undertaking office work, Katherine looked into studying construction management part-time. However, a role back in the construction sector soon came up, as a site manager in Swansea.

“So I applied for that, but they told me I would be suitable for something different and passed me on to their director, who offered me a position as an apprentice site manager,” she said.

“That was a job I absolutely loved. I felt at home, because I thrived off the chaos. That was about nine months before Covid hit, and unfortunately I was made redundant because of the pandemic.”

Undeterred, Kathryn decided to return to study and was accepted onto the Construction Project Management degree at USW in 2020. This was initially full-time, but she was then offered her current role at Burroughs in Cardiff, which is an independent engineering and project management consultancy.

Although holding down a full-time job, while now studying for her degree part-time, is challenging, Kathryn thrives in the situation.

“I find I come into my own when there's like a lot of things going on, especially because I have ADHD as well. My brain is saying ‘yay’, this is good. I'm good at this,” she said.

“I’ve worked on the construction side of the sector, but this works much better for me. I like organising client meetings, the procurement, that’s where I really thrive.

“When I was made redundant due to Covid, I was heartbroken, but that's turned out to be a good thing in the end.”

And now having been a proud finalist in the WiP National Student Awards 2022, Kathryn is hoping others will follow her lead.

“It meant quite a lot to me to be in the final, especially because I'm such a huge advocate for paving the way for the next generation of women into the industry,” she said.

“I never had this sort of opportunity as a as a younger woman - in my teens there was nothing that opened any doors for me in regards to construction.

“Even though I'd done engineering in school and college, and then went on to Network 75, there never seemed to be an option for me to go into this kind of work – I was even given the option of going into the army before going into construction.

“So it's good to be able to be a role model for the younger generation and encourage them and inform them that construction isn't just for men, and we have a part to play in it as well.”

Karen Le Feuvre, Senior Lecturer in Construction Management, said: “The event was full of inspirational women. Each of the regional student nominees were exceptional, and the judges expressed how impressed they were at the standard.

“Whilst we know that Kathryn was disappointed that she did not win, we are extremely proud that she was a national finalist in such exceptional company.”