The University of South Wales has been named among the top 20 educational institutions in the world for 3D Animation and Games Design & Development, and has also been ranked amongst the world’s top 50 schools for Creative Media & Entertainment by the industry-endorsed online organisation, The Rookies.

In addition to this, USW has just become one of only a small number of institutions globally to be awarded Certified School status by The Rookies, based on the excellent standard of student work entered in recent years to its annual competition.

It is a community for students and non-professional digital artists to showcase their work on a platform that is supported and evaluated by professionals from some of the biggest studios in the world.

The Animation, VFX and Games design courses at USW were certified as part of The Rookies’ in-depth selection process to assess creative schools, aiming to ensure that only the best institutions are accepted, so that the accolade remains exclusive.

Being a Rookies Certified School identifies USW as one of the world’s best for preparing students for a career in the creative industries.

The accreditation is awarded by invite-only to those institutions that provide the most up to date and relevant industry training to its students.

As part of the evaluation process for the Animation, VFX and Games courses at USW, The Rookies looked at the quality of student work, alumni success stories, graduate destinations, the University’s relationships with industry and many more associated factors.

He said: “This is fantastic news for USW and especially for these subject areas. It’s an endorsement of the years of hard work by staff and students, our brilliant facilities and resources. 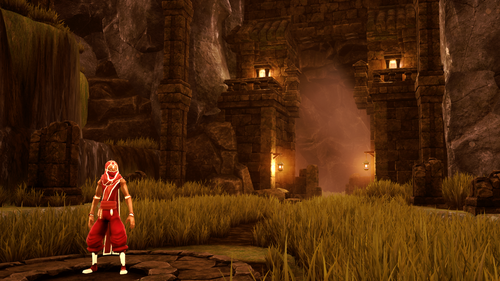 "At USW we’ve had an international reputation for many years, but this really shows the high quality of work that students are producing nowadays as being comparable on a global stage.

"The Rookies is seen by the whole industry as an effective means of channelling students towards the best courses in the world, and it’s amazing to be part of that.”

Alwyn Hunt, Co-Founder of The Rookies, added: “More than 500 international schools submitted their student work to the Rookie Awards 2020 and were reviewed by industry professionals, so it's a huge deal (in our opinion) to be included in the rankings and be recognised as one of the best schools in the world.”