Daylight savings: how an hour of extra sunlight can benefit your mental health 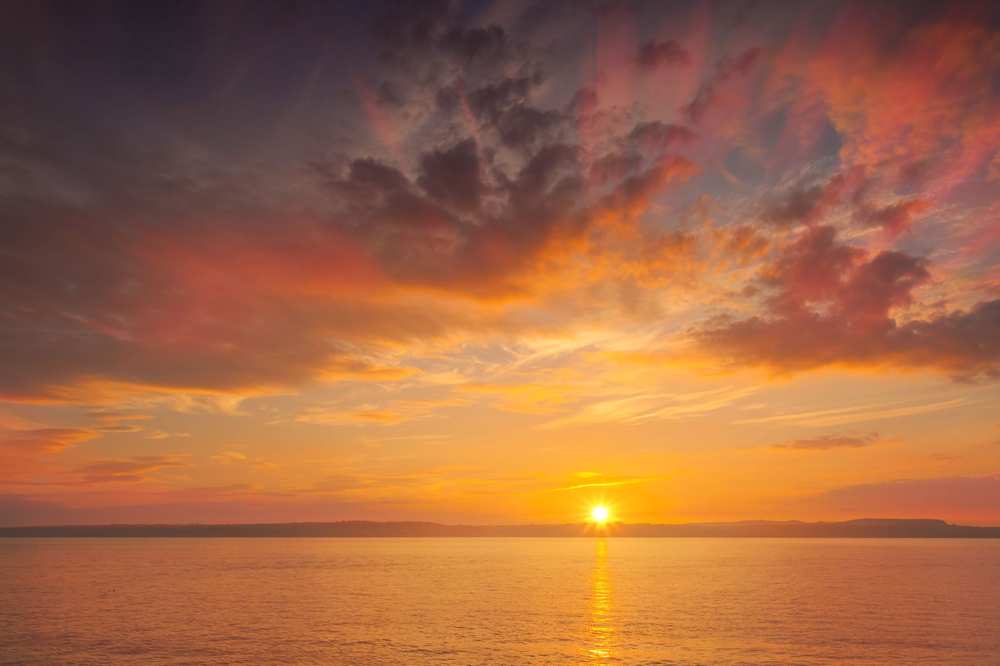 In many northern hemisphere countries, people have now adjusted the clock one hour forwards and are enjoying an extra hour of daylight in the evenings. As the weather becomes a little warmer, too, this gives us that pleasant feeling that summer isn’t too far away.

But there are a variety of ways extra daylight can improve our wellbeing.

When sunlight hits a specific area of the retina in your eyes, this actually triggers the release of serotonin (the “feel-good” chemical) in the brain. An increase in serotonin is linked to higher mood levels.

In fact, a lack of sunlight can lead to a condition called seasonal affective disorder (SAD), sometimes called “winter depression”. This disorder, characterised by low mood, is most common during the winter months when there are fewer hours of daylight.

The sun is a source of vitamin D, which has some important functions in the body, such as reducing inflammation. Aside from its physical health benefits, a lack of vitamin D can cause people to feel low and anxious, while exposure to direct sunlight can improve mood. Just five to 15 minutes in the sun is enough to reap the benefits associated with vitamin D.

Sunlight also supports the production of melatonin, the chemical that helps us to sleep well – insomnia is more common during the darker winter months. And getting a good night’s sleep has a positive effect on our wellbeing.

More hours of daylight can also encourage people to socialise more. Socialising and connecting with other people is associated with improved mood and wellbeing.

More light in the evenings also gives many people more of an opportunity to go outside at the end of the day. While the physical and mental health benefits of doing exercise are well known, simply being outdoors in nature can improve our wellbeing. It can have a calming effect on the mind and can create a feeling of peace. It can also help us to cope with everyday stresses and mental fatigue.

The therapeutic benefit of being outside in nature is such that “nature therapy”, “ecotherapy” or “green therapy” are often recommended as part of treatment for conditions such as depression.

Making the most of it

After two years of the COVID pandemic, and as the war continues to rage in Ukraine, taken with the worries of everyday life, it’s natural to be feeling stressed and emotionally fatigued. Making the most of the extra daylight is a small thing you can do which might boost your mood.

Simply going out into your garden to enjoy the longer hours of daylight can be revitalising. If you don’t have a garden – or even if you do – make the most of outdoor spaces such as parks.

You could also try mindfulness meditation. This involves sensing what’s happening around you in the moment (such as the noises and the smells) and allowing yourself to think up positive imagery (such as lying on a sandy beach with the waves crashing in the distance) without judging or interpreting what you are thinking about. Sometimes referred to as “guided imagery”, practising this can help you to relax both your body and mind, which can in turn reduce feelings of stress and anxiety.

Being in and around nature can enhance this process, allowing you to pay attention to the sounds of birds, the smells of flowers, the warm sensation of the sun on your skin. Find somewhere peaceful to sit quietly, and focus on taking slow breaths. As with any new skill, this needs to be built up incrementally. Start with five minutes, and with regular practice, you’ll soon be able to do it for much longer.

The extra hour of light at the end of the day should be even more meaningful to us because of all the extra time over the past two years we’ve spent stuck indoors. So use this valuable daylight – get away from your desk, take a walk, and pay attention to what’s around you. There’s a good chance you’ll feel better for it.

This article is republished from The Conversation under a Creative Commons Licence. Read the original article.