The International Day Against Homophobia, Biphobia and Transphobia was founded in 2004 to draw the attention to the violence and discrimination experienced by lesbian, gay, bi, trans and queer (LGBTQ+) people.

The day is celebrated on 17 May each year to coincide with the World Health Organization’s decision to declassify homosexuality as a mental disorder in 1990. It is an opportunity to drive positive change and to remember that there is still a way to go until all LGBTQ+ people are free and safe from harm.

Support and resources at USW

There are a number of sources of support, advice and information for University of South Wales students and colleagues who identify as LGBTQ+.

USW LGBTQ+ Role Models are volunteers who are passionate about promoting LGBTQ+ equality within the University. They act as a point of contact for colleagues and students who are encountering an LGBTQ+ issue and want to talk about it with an person who is identifies as LGBTQ+.

Links to resources with further support and information for trans students and student peers, trans colleagues, and members of the University community who identify as trans. If your question isn't answered here, please see USW's LGBT+ Support and Information page.

A reading list featuring the works of LGBTQ+ authors and texts which focus on LGBTQ+ themes.

The Students' Union's LGBT+ Society is a safe place for people of all sexualities to socialise with no fear of judgement. The society allows members to connect and help change things across the university. They meet at least monthly and arrange many social events throughout the academic year.

A glossary of terms relating to gender identity. Please note that different people find different terms acceptable. You should always ask a person what terms they prefer when talking to them / referring to them. When speaking to someone, you could ask them ‘what does that mean for you?’

Dignity at Work Advisers meet with colleagues and students who have concerns over bullying behaviour.

In addition to the support offered by the University of South Wales, there are many organisations doing good work to support people who identify as LGBTQ+. For a list of more organisations who support equality and diversity, please head to our Inclusion Resources page.

If you would like to recommend an organisation that's not listed below, please get in touch at [email protected].

Stonewall Cymru provide support for LGBTQ+ people and their allies. They are committed to empowering people to create change in their own communities.

Trans Aid Cymru helps Transgender, Non-Binary and Intersex (TIN) people through mutual aid support. It is run by TIN people for TIN people, making it understanding of the community needs.

TransUnite is a comprehensive resource for people in the UK searching for support in the transgender community. Their directory help connect people to an established network of trans support groups.

Mermaids supports transgender, nonbinary and gender-diverse children and young people until their 20th birthday, as well as their families and professionals involved in their care.

Why we need the International Day Against Homophobia, Biphobia and Transphobia

Some people may ask why, in these ‘enlightened’ times,  we still need IDAHOBIT – the International Day Against Homo-, Bi- and Transphobia.

Part of the answer is in the first word – international. There are still over 70 countries in the world where people can be imprisoned or even executed for the ‘crime’ of making love. Here in the University of South Wales we have students from some of those countries.

But campaigning against homo-, bi- and transphobia is still needed here in the UK. I marvel at the enormous changes I have seen in my lifetime. Such things as same sex marriage and laws against discrimination were undreamt of not so long ago. Having lived all my young life in the closet, I’m delighted to see young people happily living with their gay partners with the full blessing of their family and friends. But I still know of young people who have been turned out of their homes for being gay, and the treatment of many trans people is even worse.

I was rather shocked recently by a television programme presented by Olly Alexander, the well-known singer and actor who took a leading part in the television drama It's a Sin. He is very much an out and proud gay man, but he talked about his own experience of mental illness and interviewed other people about their experience. He reminded us that 40% of gay people suffer from mental illness. Despite the appearance of general acceptance, many gay people still have a deep sense of shame and unworthiness which they have never been able to shake off.

As a Christian minister I am painfully aware of the part the churches have played in this. Many ordinary Christians have gay family members and friends whom they love and support – many are gay themselves. But church leaders – with a few exceptions – are still afraid to challenge the official doctrines, and there are still many who firmly believe that any sex outside heterosexual marriage is a sin. A lot of education and a lot of challenge are still needed.

I hope for a future in which we won’t need a day ‘against’ anything but will celebrate all the year round the rich variety of the ways people express themselves and the ways they love one another. 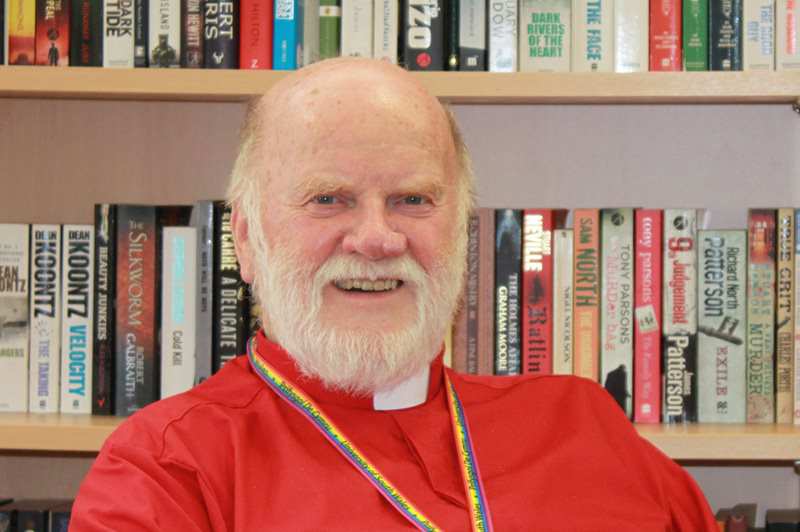 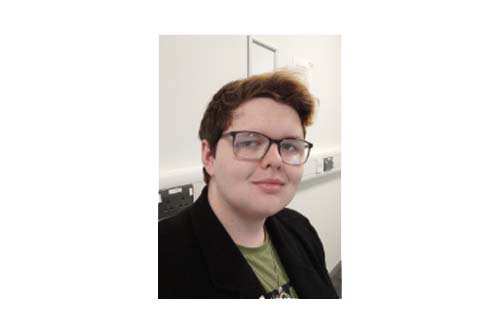 The Power of a Flag

Hi. Some of you may not know who I am but my name is Riley Rattray, and I am the current LGBT+ (Trans) Student Council Officer for the University of South Wales’ SU. Essentially, I make sure the voice of the student and the LGBT+ Community is heard within the SU and the University.

Earlier this year, on Treforest Campus, a slight change was made. Just one thing. A flag was put up. To be precise, the Intersex-Inclusive Progress Pride Flag was put up in place of the traditional Rainbow flag we are all familiar with. It’s a change not many people would’ve thought of. But it’s a change people would take notice of. That was an idea I put forward. Here’s why.

I suggested such a change because I felt it was important. Because it was the right thing to do. On this International Day Against Homophobia, Biphobia and Transphobia, I felt it was right to point out the importance of support, recognition and respect in these dark times. This day not only points out the hatred that still drives the fight for our right to be ourselves but also has us remember those we have lost along the way.

We live in an age where I think things aren’t working in favour of the LGBT+ community, especially the Transgender, Non-Binary and Intersex (T.I.N) people of the British Isles in the most recent light of the Conversion Therapy Ban. With this in mind I hope the flag is also a beacon of hope to students on our campuses and in our local communities.

This flag is one of many different ways to represent that the Human Race is a very diverse life form, and we need time to remember and respect that diversity. Some may not understand or relate to such things and that is ok. But that never meant you couldn’t take the time to get to know it. And not understanding something has never warranted hate. Nor should it ever. But sadly, some people see it as such and even in the 2020s we still have to fight for our right to be seen and heard.

The power flags hold is immense. It can unite entire crowds of people. It can have random strangers talking to one another. It can also have people think differently. Opening their eyes to new thoughts and ideas. The Pride flag has always managed this.

But the key power behind the Pride Flag’s newest variation is its ability to make not only the LGBT+ community as a whole feel heard, noticed and respected but also the voices of Trans and Intersex individuals as well as People of Colour. Representation can make people feel welcome. It can bring people out of the dark and feel comfier with not only being open to others but themselves too. For some it can even draw out some positive feels including euphoria. A word that’s commonly used within the LGBT+ community.

By the power of this flag people can begin to feel happier about being open and honest to others and sometimes themselves too. It is the most beautiful thing to see, hear and feel happen whether its your friend, your family member or yourself. For someone to blossom. It is with this goal in mind I made sure this variant of the Pride Flag would wave above our heads as we walk from one place to another. And I’d rather not have it any other way.